Journalists, filmmakers, producers, actors, models, musicians all who are into films, media and music their lives are at risk in Kabul, no matter, they’re male or female. They’ve lost their jobs, they’re staying in hide, and they have no income to survive. They’re disappointed and mentally destroyed. No film, no media, no music, no fashion, No… Anything related to art, the artist and beauty is quite shut down and Kabul is like a ghost city in a deep silence the Taliban took over… you can’t hear Ahmad Zahir’s songs in taxis and coming from restaurants’ loudspeakers… fancy shopping malls which were showcasing rich, backless and shoulder-off women’s dresses behind the glass-walls until just a few days back, have suddenly disappeared. Pul-e-surkh flower shops, near my office where I used to buy flowers, are all closed. All you can see are military vehicles roaming around with armed-long beards and hair style… all men, fingers at triggers.  The situation in Afghanistan changed so quickly that there was no opportunity for cultural resistance.  When there is no cultural resistance in a society there is no hope for art. Twenty years of struggle, education and progress, and twenty years of hope were destroyed in the blink of an eye, and suddenly twenty years later we got back. 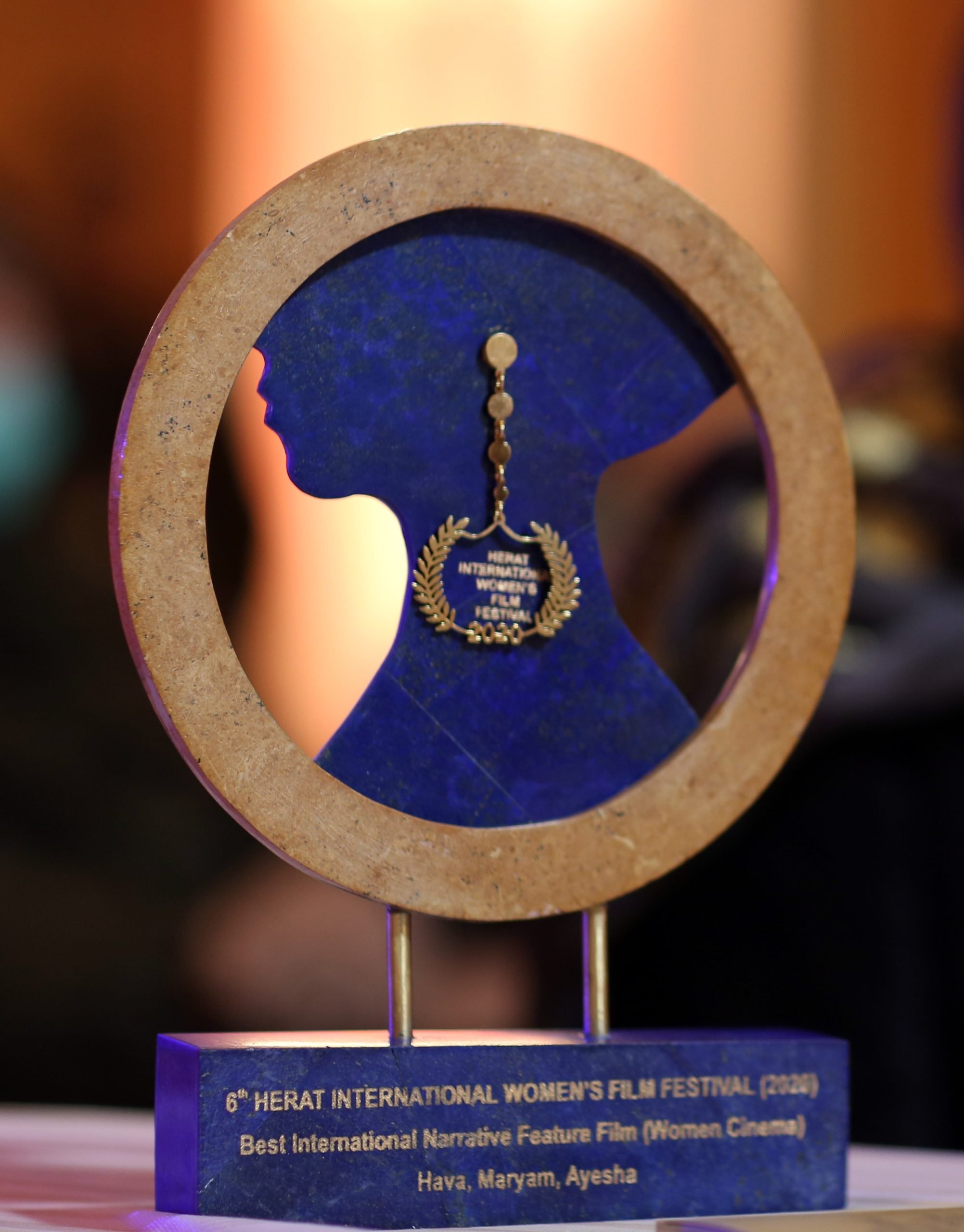 Most of the people I know closely, including my friends and colleagues in media and films, have left the country or are disappointedly struggling to survive. There is no second option. For the moment, what the international community, film entities and artists could do is to raise the attention about Afghan artists who have not been able to leave the country.

I was in hiding for six months after the Taliban took over. Now I’m staying in a transit country since March and waiting for my US Immigration case to be complete.

Prior to the Herat International Women’s Film Festival, there was no film festival on women in Afghanistan, and there was no international film festival on women in the region. In the days when Mrs Roya Sadat, the festival’s founder and the president was thinking with a group of friends and colleagues about how to organize a film festival that addresses issues related to women’s cultural, political and social rights; in those days, her hometown, Herat, a province in western Afghanistan, was suffering the highest rate of violence against women, with many women setting themselves on fire. On the other hand, one of the reasons why the festival was named Herat was that the festival was to be held at the historic Herat Citadel, known as Qala Iktyaruddin because the only cinema in Herat was destroyed during the Taliban, and cinemas in Kabul were not restored and we didn’t have a suitable place for the festival. There was only one standard cinema at the French Cultural Center in Kabul, which was always reserved and many programs were being held. This led to the birth of this Festival in Herat. For many reasons, the organizers came to the conclusion that Herat is the best option for the festival venue. Because on the one hand Qala Iktyaruddin was very attractive for tourists and people who participated in the festival, and on the other hand, it was a symbolic choice and decision from a cultural aspect, conveying the message; this festival was going to be held in a city in which there was no cinema hall.

The Herat International Women’s Film Festival has been a protest movement against the women’s running situation rather than a showcase for films; a spontaneous movement launched by the Roya Film House and Armanshahr Foundation (Open Asia) in collaboration with some small other cultural organizations.  Initially, the first edition of the festival was funded by Roya Film House and Armanshahr Foundation and the festival team consisting of the RFH staff and Armanshahr Foundation all worked for the festival voluntarily. When the first edition of the festival was warmly welcomed, but later, the organizers realized that if we want to make the festival more glorious and effective, we must invite international guests, jurors and local filmmakers from across the country. The work required a budget, and the Roya Film House and the Armanshar Foundation could not pay anymore the expenses alone. In the following editions of the festival, we gradually gained the support of some international and domestic agencies like UN Women and encouraged them to bear part of the costs. What is important is that most of the support for the festival was not financial but cultural. In other words, most of the supporters of the festival have been cultural figures, artists, civil society activists, human rights activists, and women’s rights activists, all of whom have worked voluntarily.

In the last decade, since the festival was founded in 2013, the relatively promising situation and little security that had arisen a decade ago has slowly disappeared and become critical. As a result, cultural programs have never had the opportunity to top government priorities in Afghanistan. Therefore, governments in Afghanistan have always paid little attention to culture, so the government has never given much support to the festival. To focus the festival more on its own goals and not be involved in politics, the organizers have never been willing to question its independence in the shadow of financial considerations and problems.

The festival’s audiences in the early years were mostly cultural figures, filmmakers, artists, students, and human rights and women’s rights activists, but as women in Afghanistan’s provinces and villages are more vulnerable, we decided in the fifth edition of the festival to organize the festival simultaneously in several provinces of Afghanistan including Kabul, Herat, Bamyan and Nangarhar, and thus provide a platform for challenges and issues related to women’s rights in addition to the screening of the films and have a series of panel discussion on women’s issues. The sixth edition of the festival was held simultaneously in four provinces, and for the first time hundreds of Afghan women attended the festival to watch the films.

Herat Women’s Film Festival has always had close and very good relations with all national and international festivals in the country and has supported Afghan film festivals and film entities. The most important impact of the festival on the Afghan film industry has been that it has encouraged the new generation of Afghan filmmakers to make films in critical situations that tickle women’s issues.

Originally, women’s cinema was born in Afghanistan two decades ago. There used to be few women who worked as actors or in other technical fields in Afghan cinema, but Afghan women filmmakers are the product of the last twenty years. Women deliberately and consciously turned to filmmaking, breaking the patriarchal atmosphere of Afghan cinema and brought a true picture of what was happening to women to the silver screen. In the last two decades, a generation of young female actors has been trained, and good films by Afghan female filmmakers selected and screened at the most prestigious film festivals around the world. Roya Sadat, as the first Afghan female filmmaker, Sahra Karimi, Shahrbanoo Sadat and Sahra Mani are prominent figures in Afghan women’s cinema. “Three Dots” and “A Letter to the President” by Roya Sadat, “Wolf and Sheep” and “Orphanage” by Shahrbanoo Sadat ”Aava, Maryam, Aisha” by Sahraa Karimi is the key and award-winning films of Afghan women filmmakers in recent years.

The past one year has been the most stressful and difficult days of life for those who are the product of two decades ago and have grown up in the last 20 years, which is more like a nightmare. Twenty years of struggle, education and progress, and twenty years of hope were destroyed in the blink of an eye, and suddenly twenty years went back. We are still in shock, and sometimes we think, we are dreaming, we do not believe that we have been set up, but what surprised us is the silence of the international community. We never thought that they would not raise their voices against this injustice.