At present, the biggest film event of cinema in France is going on at the Cannes Film Festival. Well-known personalities from the country and the world have participated in this festival. Deepika Padukone, one of the top Bollywood actresses, is serving as a jury member at Cannes this time and is also garnering a lot of accolades with her looks on the red carpet every day. Recently, she has shown her flair in a black sari and now once again Deepika’s royal look has come out from the Cannes festival in this sequence. 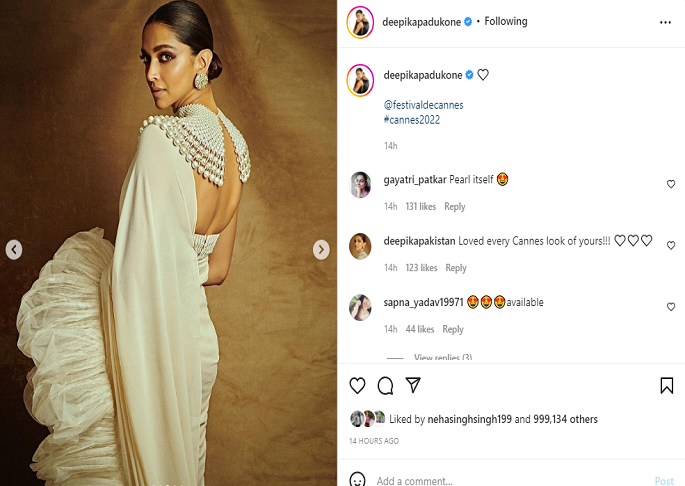 The latest pictures shared by Deepika Padukone from the Cannes Film Festival are creating havoc on social media. Her style in these pictures looks like a queen. In those pictures, Deepika can be seen in a white ruffle saree. At the same time, she has made her look bold by teaming up a bralette matching blouse and has given a royal touch to the look with a heavy neckpiece of white pearls. In the pictures that surfaced, Deepika is looking very gauzy in a simple white sari. 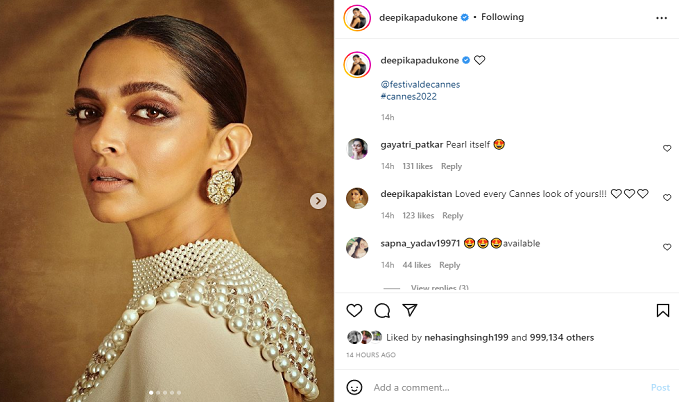 So far, all kinds of looks from Deepika’s traditional to western and Indo western have been revealed at the Cannes Film Festival. While Deepika was praised by many, she is also trolled by many. At present, this new look of hers is adding stars to her beauty as well as being simple. 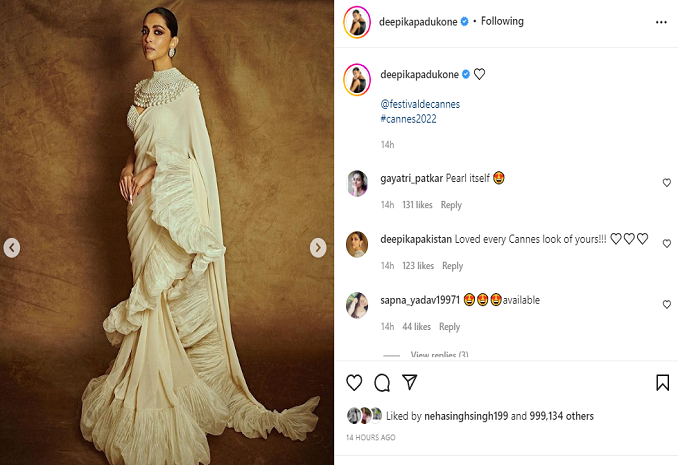 Talking about the work front, Deepika has many projects in her hands at the moment. She will be seen in the Hindi remake of Shah Rukh Khan starrer “Pathan”, and “The Intern” with Amitabh Bachchan.