Happiness has come to the house of South film star Kajal Aggarwal and her husband Gautam Kitchlew. The film star couple has given birth to their first child. According to the latest news coming out, a son has been born to the film star couple. However, till now this star couple themselves have not confirmed this news. But many media reports have claimed that the actress has become the mother of a son. Film star Kajal Aggarwal was at the last stage of her pregnancy. About 5 days ago, the actress shared a long social media post and wrote a very cute note to her husband Gautam Kitchlew to support her on the journey of pregnancy. 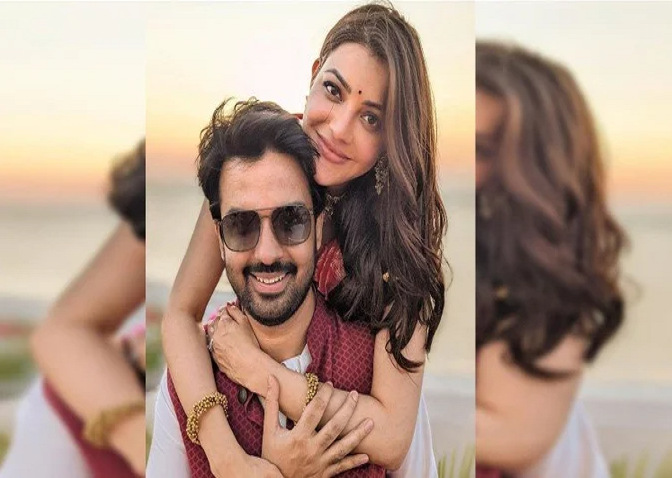 Let us inform you that at the beginning of the year 2022, film star Kajal Aggarwal had shared the good news to the fans. The actress announced her pregnancy while flaunting her baby bump. Fans were waiting for this mega news since this announcement of the actress. Kajal Aggarwal and Gautam Kitchlew got married in the year 2020. The wedding of both the stars was one of the biggest weddings in the South Industry. Only after one and a half years of marriage, the actress has given good news to her fans. 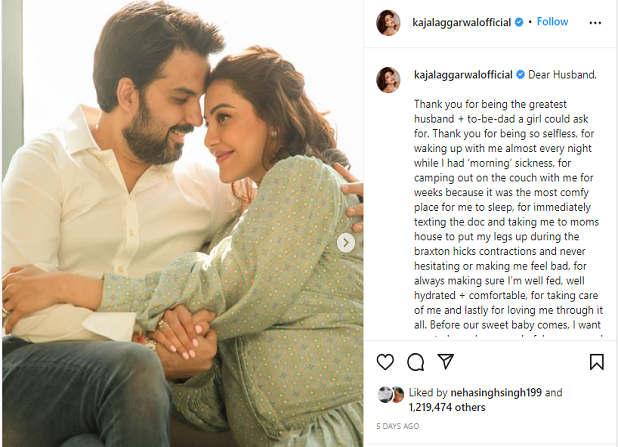 Actress Kajal Aggarwal was busy in many films after marriage. However, many of her films got stuck due to her pregnancy news. At present, the actress will soon be seen in Chiranjeevi, Ram Charan starrer film Acharya. Apart from this, she will also be seen in Uma. Apart from these two films, the actress was also going to be seen in Indian 2. At present, this film is also on hold. While there is news of her replacement in Nagarjuna starrer Kajal Aggarwal’s film The Ghost.