Pete Davidson and Emily Ratajkowski made their first public appearance together amid romance rumours, attending an NBA game together.

The New York Knicks took to social media on Sunday, November 27, 2022, to share a few photos of the couple sitting courtside at Madison Square Garden during the Knicks’ game against the Memphis Grizzlies.

Ben Stiller and his wife Christine Taylor, as well as Jordin Sparks, were seated next to the couple. While there was no obvious PDA, the couple appeared to enjoy each other’s company as they laughed and continued to engage in amusing conversation. 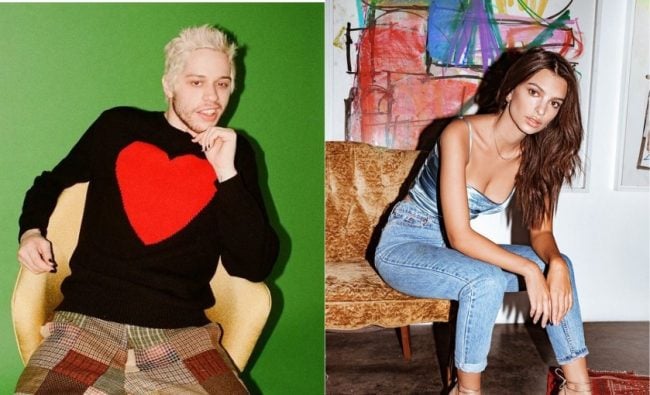 The romance rumours surrounding Pete Davidson and Emily Ratajkowski are heating up. The rumoured couple recently made a much-talked-about public appearance together as they sat courtside for a Knicks game over the weekend, after spending Thanksgiving together. Pete and Emily all smiled while sitting together at a recent NBA game.

After making headlines for their rumoured romance weeks ago, Davidson and Ratajkowski appear to have confirmed their relationship with their latest outing. 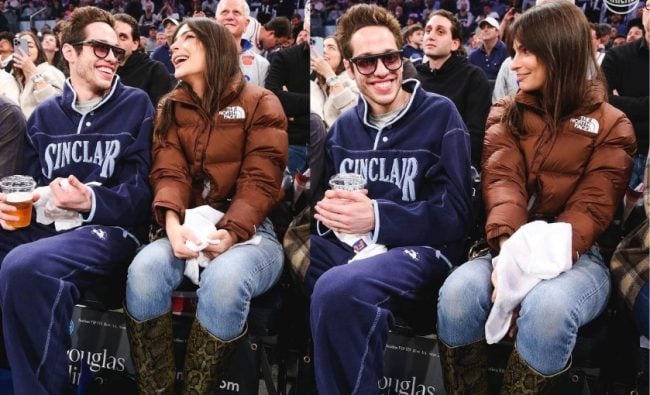 The Saturday Night Live alum recently ended his relationship with Kim Kardashian after nine months of dating. While the former couple’s romance was recently featured on The Kardashians, it has been reported that Pete and Kim divorced amicably and that there is no bad blood between them.

Pete recently celebrated his birthday, and on his special day, the comedian was spotted in New York City with Emily. According to E!, Davidson and Ratajkowski have known each other for a long time through mutual friends, and it was the comedian who approached the model.

The couple has yet to confirm their romance, but multiple news outlets have reported that they are dating. 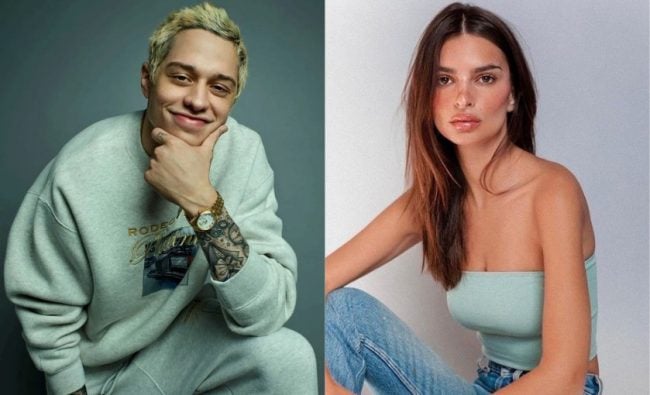 Davidson, 29, and Ratajkowski, 31, began dating earlier this month, according to Us Weekly. “Pete and Emily have been talking for a couple of months now,” an insider told the outlet exclusively on November 14, adding that the couple was “in the very early stages, but both like each other.”

Emily’s new relationship follows her divorce from Sebastian Bear-McClard, with whom she shares her 20-month-old son Sylvester. Following four years of marriage, the couple divorced in September.