Kareena channels her inner Disney princess in a sexy gown in contrasting blue hues on the red carpet at the Red Sea International Film Festival. 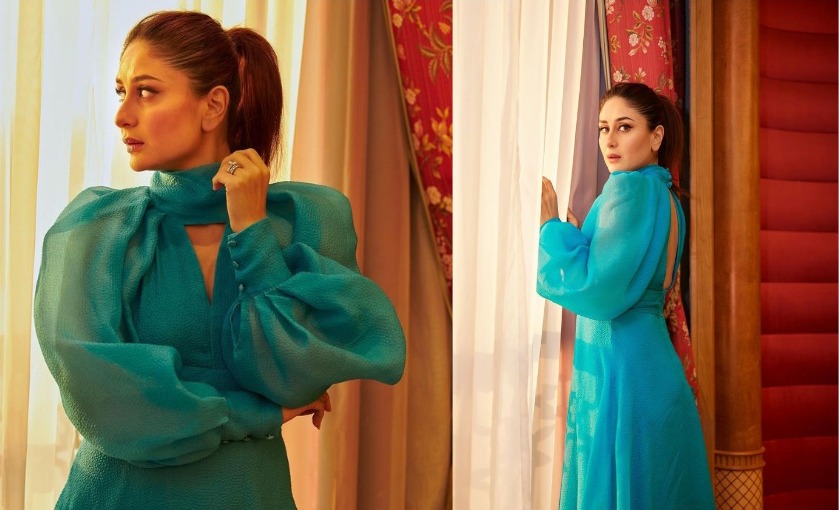 Kareena Kapoor Khan emanated royalty in two of her outfits last night at the Red Sea International Film Festival in Jeddah, and we bet you can’t take your eyes off her.

Kareena and Saif were recently in Saudi Arabia for the Red Sea International Film Festival. The red carpet at the film festival this year was attended by Shah Rukh Khan, Priyanka Chopra, Kajol, Kareena, Saif Ali Khan, and others.

When it comes to Kareena Kapoor Khan, she never ceases to wow us with her beauty and personality. Fashion may come and go, but Bebo’s style is timeless. She makes certain that everyone is looking at her.

The actress exuded royalty with her appearance at the Red Sea International Film Festival, and we can’t get enough of her.

Kareena shared a series of photos on her Instagram account that revealed her and Saif’s red carpet attire for this year. Kareena chose to wear in blue, selecting a blue satin long dress. 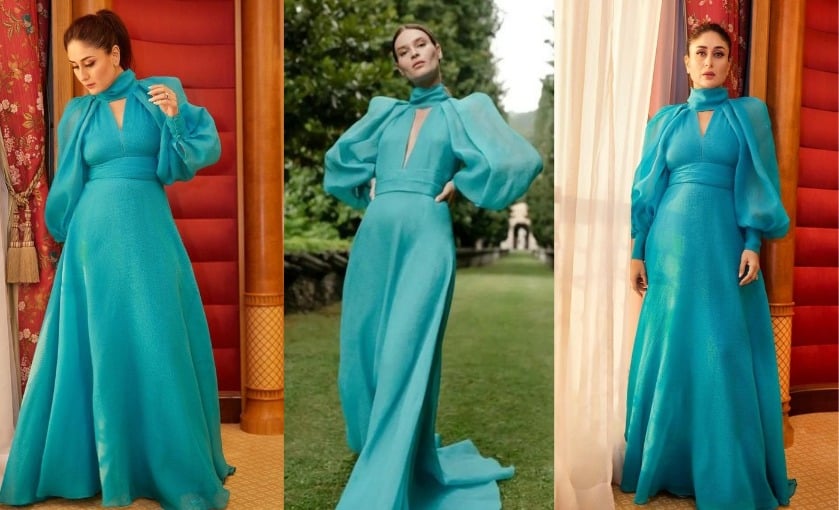 Kareena Kapoor wore a teal blue Monique Lhuillier gown that was basic yet elegant and fashionable. There is a fit and flare design to this gown.

The balloon-style neckline stretched to the sleeves. We adore how she kept her hair and characteristic glam look chic.

Kareena’s attire included turtle neck features, a cut-out detail at the neckline, full sleeves that were flowy and puffy, and a cascading skirt detail below the waist. Kareena captioned her photos, “Never feeling blue with my man…always wearing it.”

Kareena wore her hair in a sleek ponytail and kept her look soft and simple. 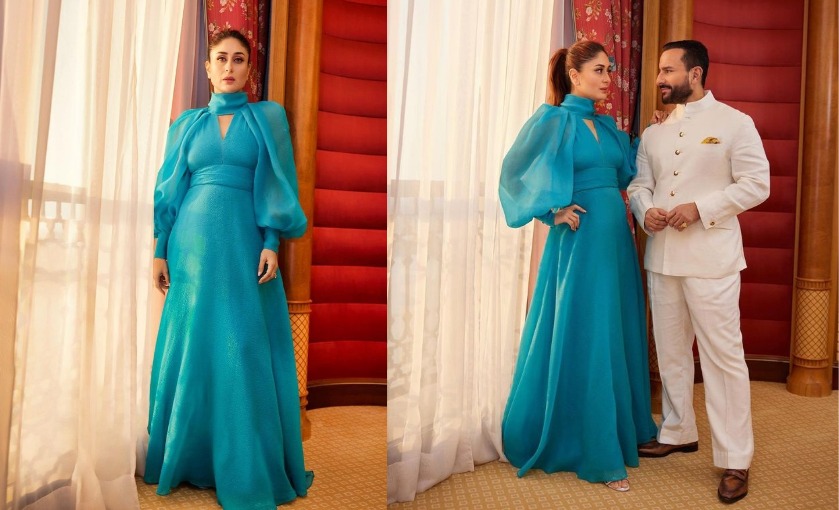 On Professional Front: Hansal Mehta’s untitled film will also feature the actress. Kareena is finally poised to make her debut as a producer. In the film, Kareena Kapoor Khan is believed to portray a detective.

She will also make her digital debut in an upcoming Netflix film directed by Sujoy Ghosh. Kareena Kapoor Khan, Vijay Varma, and Jaideep Ahlawat star in the film, which is supposed to be an official version of The Devotion of Suspect X.

The actress has recently agreed to work with Rhea Kapoor for a film called The Crew, in which she would play with Tabu and Kriti Sanon.