Sanjay Gupta Calls The Silence Of Bollywood “Shameful” On Aryan’s Case: Check Out The Tweets!

Shah Rukh Khan’s son Aryan Khan is currently in the custody of the Narcotics Control Bureau in the cruise drugs case. Aryan was arrested under various sections of the NDPS Act and has been lodged in Arthur Road Jail in Mumbai for 22 days. Aryan’s lawyers have filed a bail plea in the Bombay High Court, which is to be heard on October 26, after being rejected by the magistrate and the special NDPS court. On the other hand, apart from his fans, some Bollywood celebs are also raising their voice in support of Shah Rukh Khan. However, a large section of the industry is silent, which has now been questioned by producer-director Sanjay Gupta. 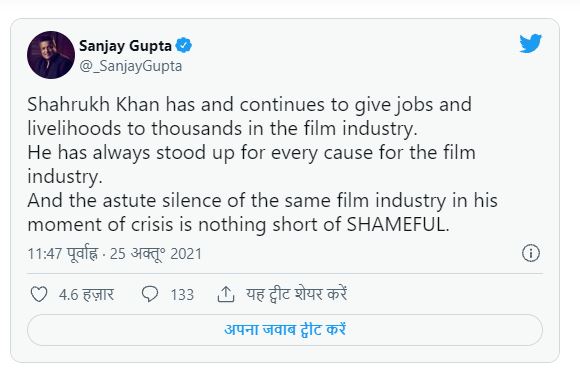 On Monday, Sanjay took to Twitter to question the silence of Bollywood. Sanjay wrote – Shahrukh Khan has and continues to give jobs and livelihoods to thousands in the film industry. He has always stood up for every cause in the film industry. And the astute silence of the same film industry in his moment of crisis is nothing short of SHAMEFUL. In the second tweet, Sanjay wrote – Today is his son. Tomorrow will be mine or yours. Will you still keep quiet with this stupidity?

Aryan Khan Is Reading Religious Texts Inside The Jail- Checkout! 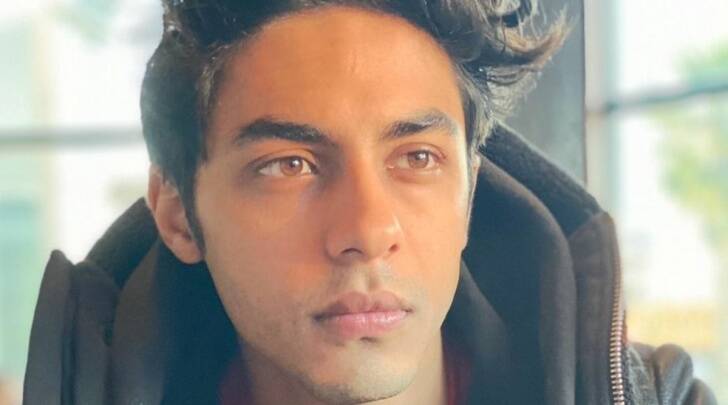 Let us tell you, Aryan Khan was arrested by NCB on 3rd October. He is accused of consuming and buying banned substances. NCB had raided a luxury cruise from Mumbai to Goa on the night of 2 October. Eight people, including Aryan, were taken into custody after the raid, who was arrested the next day after interrogation. Since Aryan’s arrest, this case has become a topic of discussion across the country. Even on social media, fans keep an eye on every news related to it. While Shah Rukh’s fans are supporting Aryan, many people are also supporting this action of NCB. Now politics has also heated up in this matter and questions are being raised on the intention of NCB Zonal Director Sameer Wankhede.