Urfi Javed Reveals An Unknown Aspect Of Her Life That May Help Her Win Karan Johar’s Show!

Karan Johar hosted Big Boss OTT commenced last night and it was a very OTT fair. In the premiere night episode of Big Boss OTT, we saw celebrities such as Karan Nath, Zeeshan Khan, Urfi Javed, Raqesh Bapat, Muskan Jattana, Prateek Sehajpal, Nishant Bhatt, Milind Gaba, Akshara Singh, Divya Agarwal, Ridhima Pandit, Neha Bhasin, Shamita Shetty entering the house. Before they all met Karan and began their journey. BollywoodLife.com had got in touch with the contestants. As one of them was Urfi Javed, the Lucknow version of Kareena Kapoor Khan. Urfi just seemed eager to enter the house. She couldn’t wait to begin her Big Boss OTT journey and had no plans as such in place about getting a film with Dharma or so.

When asked about Karan Johar being the host, Urfi revealed that she had a crush on Karan’s character from Dilwale Dulhania Le Jayenge instead of Shahrukh Khan’s character. The social media influencer revealed the same in the premiere episode of Big Boss OTT last night too. Further when asked about what kind of prep she had done as Big Boss tests both the Physical abilities and mental/emotional strengths of the contestants. Urfi Javed said, “I started Martial arts unknowingly hence the physical challenges would not be very difficult.” Well, Martial arts require discipline, and Urfi, going by her personality when she made her entry on stage, looked quite cheerful yet strong. We would love to see her Martial arts moves during tasks involving physical agility. When asked about how would she cope with the emotional and mental pressure inside the house, Urfi said that people face such challenges every day in their life. So, she doesn’t think it would be much different from real-life scenarios. 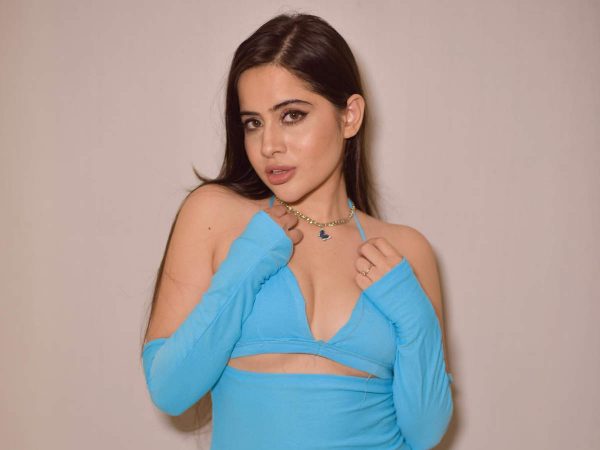 Urfi Javed impressed Karan Johar and the housemates with her cheerful personality on the stage of Big Boss OTT. She picked her friend Zeeshan Khan as her connection to begin her journey inside the house.