Vikrant Massey, Sanya Malhotra and Bobby Deol starrer movie Love Hostel is going to be released this coming Friday. The upcoming film is going to be a thriller full of drama. That’s why it is in a lot of headlines and making, people excited for this film. And for this purpose, the screening of this movie was held two days before its release. In which the hero of the film Vikrant Massey was spotted with his new bride, Sheetal Thakur. 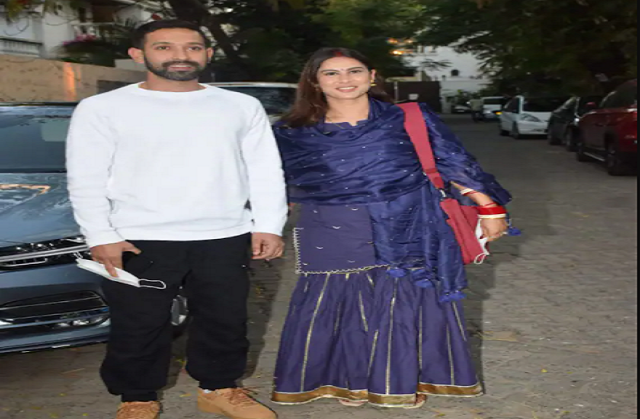 During this, the simple style of both was once again liked by everyone all over the internet and people are appreciating their simplicity. Vikrant Massey looked quite simple in black pants and a plain white t-shirt, while Sheetal Thakur also appeared in a completely newlywed desi look. The red bangles, blue sharara and the simplicity of Sheetal with vermilion in her mang once again captivated everyone’s heart. Two days ago, both of them were also seen in a similar simple look at the airport. 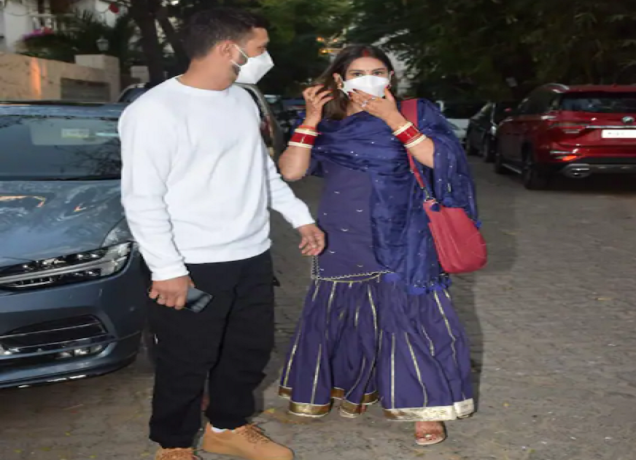 On this special occasion, the film’s heroine Sanya Malhotra was also seen wreaking havoc in an orange sari. Contrasting with a stylish golden blouse, this sari looked great on Sanya. In which she also gave many wonderful poses. Bobby Deol is also going to be seen in a great style in this film Love Hostel. He will once again be a negative character after the ashram, who will shed blood heavily. At the screening, Bobby appeared in a stylish look posing for the paparazzi.