‘Wishing everyone Eid Mubarak, what’s left of the Eid food that I couldn’t eat’, said Emraan Hashmi as he is on a diet.

Recently Actor Emraan Hashmi wished his fans, Eid Mubarak, on Instagram by posting pictures of various delicacies spread on his table on the occasion of Eid. 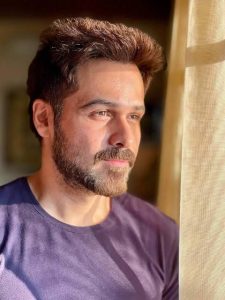 But the actor expressed his sadness as he is not allowed to eat any of it because of a strict diet to build his physique in Salman Khan and Katrina Kaif starrer Tiger 3.

The actor Emraan Hashmi uploaded the picture on his Instagram page and captioned it, “Wishing everyone Eid Mubarak (what’s left of the Eid food that I couldn’t eat #diet #gym”. Fans dropped the lip-smacking emojis in huge numbers and some wished the actor back ‘Eid Mubarak’.

Actor and co-star of Jannat, Vishal Malhotra commented, “So, send it to me then”. The TV host jokingly asked Emraan to send the scrumptious meal to him if he cannot eat it.

Bollywood actor Emraan Hashmi who is popularly known as the king of kisses has proved his acting prowess with movies like Shanghai, Azhar, The Dirty Picture, Murder, Raaz, Kalyug, Dil Toh Baccha Hai Ji, Once Upon a Time in Mumbaai, Baadshaho, and Hamari Adhuri Kahani. He will next be seen playing the role of villain in Yash Raj Film’s Tiger 3 and therefore beefing up his body for the same.

The enthusiasts are excited to see stars Salman Khan and Emraan Hashmi share screen space for the first time in this high-voltage action movie. 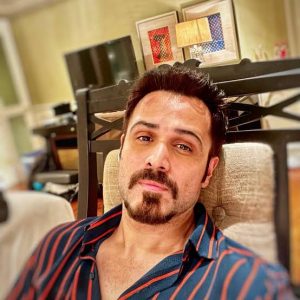 Syed Emraan Anwar Hashmi is an Indian actor who appears in Hindi films. Initially known for performing bold scenes, Hashmi has since portrayed strong roles in films. One of the most unconventional actors of India, Hashmi has received three Filmfare Award nominations.

He worked as an assistant director for the 2002 horror film Raaz before pursuing a career in acting.

In 2021, his two films; Mumbai Saga, a crime thriller by Sanjay Gupta alongside John Abraham, and Chehre alongside Amitabh Bachchan, in which he is playing a business tycoon Karan Oberai, are releasing in March and April respectively.