When Mahesh Babu Met Bill Gates, It Was A Classic Fanboy Moment- Deets Inside

Look who Mahesh Babu and Namrata Shirodkar ran into while exploring New York City’s streets: Bill Gates. The Telugu actor referred to the American billionaire as “one of the greatest visionaries in this world” while posting a photo of him with Namrata. Bill Gates can be seen grinning for the camera as the pair stands on either side of him in the photo. Mahesh Babu captioned the picture by saying, “Had the pleasure of meeting Mr. Bill Gates! One of the greatest visionaries this world has seen… and yet the most humble! Truly an inspiration!!” 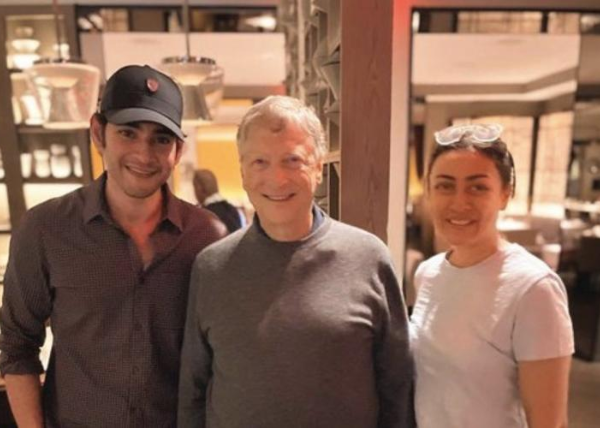 Sitara and Gautham, together with their parents Mahesh Babu and Namrata, have gone on a family vacation. They arrived in Germany, Italy, and now New York City.

While they were in Milan, Mahesh Babu wrote, with a sweet family photo, “in the present now! One day at a time, creating memories!” and included a stream of red heart emojis along with the hashtag “My Tribe”.

Regarding his work, Mahesh Babu recently had a huge blockbuster with the film Sarkaru Vaari Paata. Trivikram Srinivas, known for his work on Ala Vaikunthapuramu Loo, will helm his next film. Mahesh and SS Rajamouli collaborated on a film. 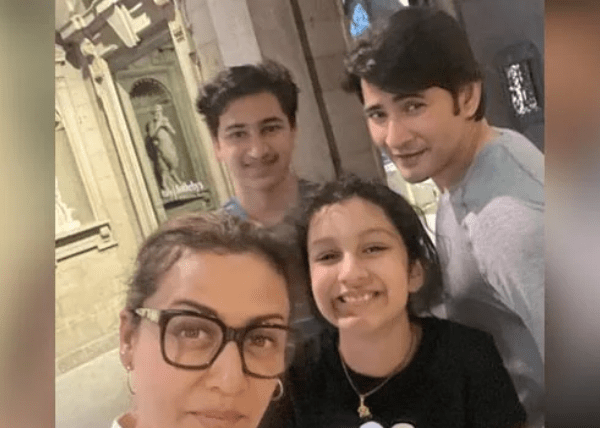 Mahesh Babbu will return to Hyderabad after his vacation in the US is over and is anticipated to begin production on Trivikram’s forthcoming movie there. The female protagonist will be played by actor Pooja Hegde, who will appear alongside Mahesh Babu. Mahesh will soon perform alongside SS Rajamouli, the director of Baahubali.