Alia Bhatt To Marry Ranbir Kapoor In April 2022? Find Out!

Alia Bhatt and Ranbir Kapoor are among the most talked-about couples in Bollywood. Since 2020, the couple has been planning to marry, and it looks like they will tie the knot in April of this year. Earlier rumors said that the couple might marry in December 2021. One of the reasons for Alia and Ranbir’s wedding postponement was supposedly their forthcoming film Brahmastra.

The filmmakers and Ranbir and Alia, want the film to be released before they marry. A recent report states that the film will premiere in September 2022. 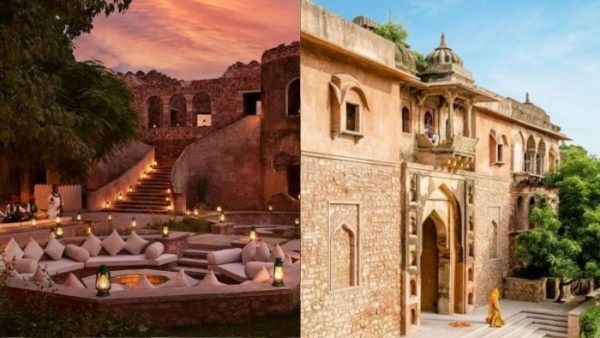 According to a source, Alia and Ranbir’s wedding preparations are already in full flow in both the Kapoor and Bhatt families. They may tie the knot at Ranthambore, Rajasthan, as it is one of their favorite vacation spots.

“Those in the know say that Ranbir and Alia will marry in Ranthambore, Rajasthan,” the source continues, “since it’s where the two have vacationed the most, and it’s a favorite spot for both.”

Ranbir’s ex-girlfriend Katrina Kaif had similarly chosen Ranthambore as the location for her wedding. At the Six Senses resort Fort Barwara in Sawai Madhopur, Katrina married Vicky Kaushal. According to a previous rumor, the couple had postponed their plans for a destination wedding and would marry in Mumbai.

Wedding photos of Alia and Ranbir may not be in a tropical location. Instead, marry in Mumbai, according to a source close to Alia. The pair will marry in front of their closest friends and family; they do not want a costly ceremony. It will be a small gathering because Ranbir and Alia are incredibly private people.

According to the source, because Ranbir’s uncles and Alia’s father Mahesh Bhatt would not travel far for the wedding, the pair opted to forego the destination wedding. However, there are opposing viewpoints about their relationship. According to a source close to the Bhatt family, none of this is true. According to another authority, everything is a rumor.

According to the insider, every time Ranbir and Alia make headlines for their relationship, they speculate that they would marry. The insider stated that Ranbir’s Gangubai Kathiawadi gesture was the catalyst this time and that their marriage discussions are all speculations.

Ranbir had previously said in an interview with Rajeev Masand in 2020 that he is planning to marry his fiancée Alia Bhatt soon. According to the actor, if it hadn’t been for the epidemic, the two would have already been married. He had commented that it is not my intention to jinx it by saying anything. I aim to achieve that objective as soon as possible in my life.” In Ayan Mukerji’s ‘Brahmastra,’ Alia and Ranbir will share the screen for the first time in their careers. In this film, Nagarjuna Akkineni, Dimple Kapadia, and Mouni Roy star alongside Amitabh Bachchan.