BB16: Sajid Is The Most ‘Badtameez’ Contestant Of The Show; Netizens Say, “Demands To Throw Him Out Of The Show”

Director Sajid Khan entered the reality show Bigg Boss to improve his ruined image, but it is getting even worse. He is always seen dominating and threatening other housemates. He always begs other contestants to respect him, but theirs’s nothing he does to gain respect. Recently an incident took place in the BB house, in which Sajid Khan ruined his image with his behaviour.

Recently, a fight took place between Archana Gautam and Sajid Khan in which both the contestants passed personal comments on each other. Since Sajid always tries to threaten other contestants, he tried to do the same with Archana. Sajid started passing personal comments on Archana’s father and provoked her. Archana gave a strong response to him by targeting his father, as tit for tat.

It was not the fight that made him look worse. But the fact that He Indirectly hurt Archana physically on her foot by pushing a stool towards her. It was visible that Sajid did this intentionally to take revenge on Archana. The audience noticed that no action was taken against him for violating the show’s most important rule of physical violence. As a result of this observation, Netizens called Sajid the most “Badtameez” contestant of the house and demanded his eviction, on social media. 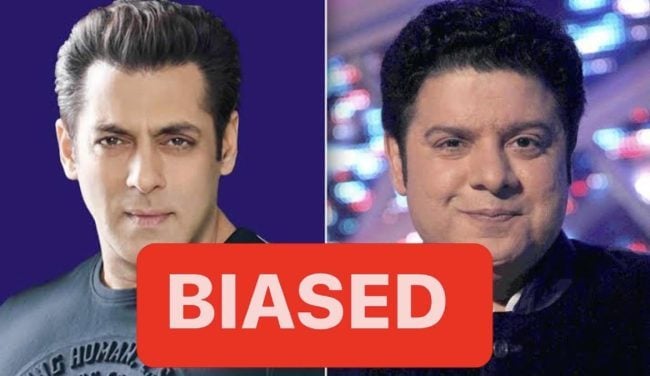 Viewers have often noticed and considered this season as biased because Bigg Boss is always seen favouring Sajid Khan unnecessarily. When Shalin Bhanot was seen smoking in a garden area, host Salman Khan Slammed him. But when Sajid did the same, no action was taken against him. Sajid Khan already has a lot of controversies going on outside the house. He is popularly known as a Women Harasser, and now he is being considered a filthy man too!