Did Asim Riaz Indirectly Attack Salman Khan For Replacing Him In Bhaijaan? Said, “Used My Name To Create Hype”

Asim’s die-hard fans keep a close eye on his posts. Recently, the rapper took an indirect dig at an ‘influential personality’ for banking upon his popularity. In his tweet, Asim said that an anonymous star promised him a movie and used his fame to create hype for it. Confirming the rumours of him not being a part of the said project, Asim stated that such attempts will not stop him from climbing the ladder of success. This has caused disappointment among Asim’s fans and many are claiming that the tweet is aimed at Salman Khan. 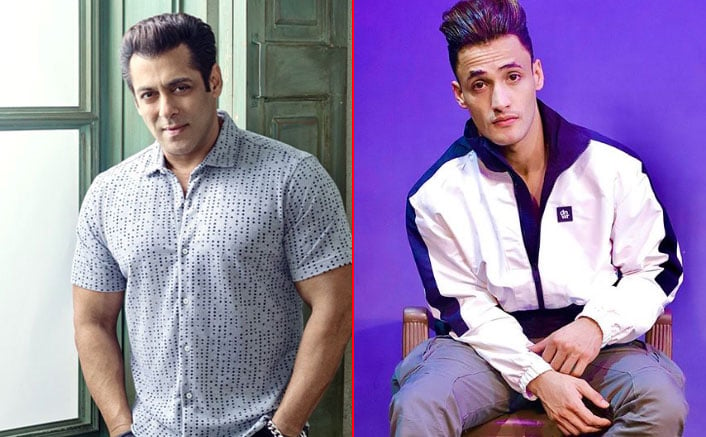 In his veiled attack on the superstar, Asim wrote, “My father was promised a project from an influential personality from the industry, for than one year they used my name to create a hype for the project all the big media publication spoke about it and also confirmed it all I want to say is all the fake promises won’t make me feel down. The pressure and anxiety they have given me will never make me stop me from doing what I do right now so muje apney tour se duniya ko jeene de.” 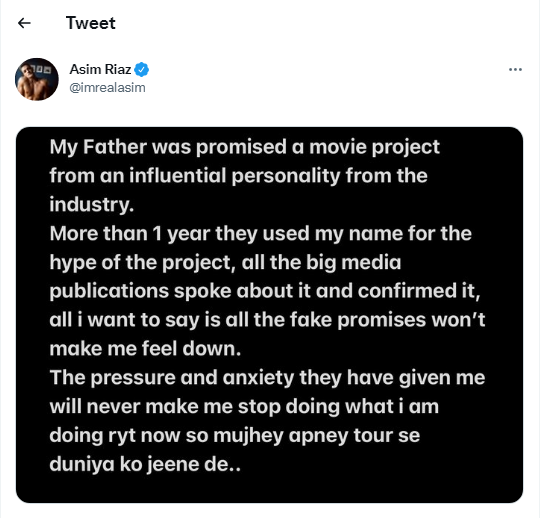 After Asim’s tweet, his girlfriend and Punjabi singer Himanshi Khurana also shared a cryptic post. It quotes, “Listen to the silence. It’s telling the truth.”

Let us tell you that in Salman Khan’s Bhaijaan, Asim was supposed to play his younger brother. The film recently went on the floor which made it clear that the model is not a part of it. The film stars Pooja Hegde in the lead. Besides her, Shehnaaz Gill, Siddharth Nigam, and Raghav Juyal are also part of it.