Big Boss OTT: on the very first day, Pratik Sehajpal got into nasty fights with Shamita Shetty and Divya Agarwal over food. Shamita Shetty is seen in a heated argument with Pratik where she tells him ‘you are not very well-behaved.’ Now, Twitter is divided on who to support. 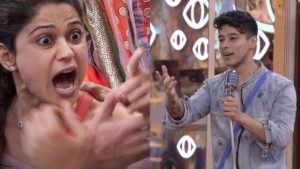 It has just been a day that Big Boss OTT has started streaming and the attention is already on the contestants. Ace Of Space Finalist Pratik Sehajpal had already grabbed the eyeballs on the premiere night for his ‘not so decent’ behaviour with a couple of contestants. He has taken the attitude of the BB house as well. Within the first two days itself, Pratik has fought with Divya Agarwal and Shamita Shetty over house duties and food. After an ugly spat with Divya, Shamita is seen in a heated argument with Pratik where she tells him, ‘you are not very well- behaved.’ 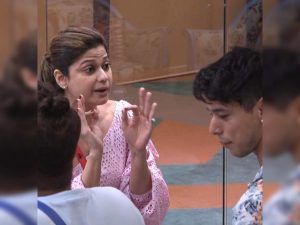 Shamita Shetty said Pratik Sehajpal, ‘you are not very well-behaved.’

Pratik had already declared that until the duties are assigned, he will be making his own food and do his own chores. While the other housemates were not in favour of the same due to the limited ration, Pratik was adamant.

The fight has left Big Boss fans divided. While many support Pratik and his strategies to entertain the viewers, others beleive that he is just picking up fights to stay in the buzz. One Twitter user said, “#PratikSehajpal in Big Boss OTT is like that girl in every class who thinks her life is a movie, Like everything Pratik is doing he thinks he’s making a clip of his BBOTT journey videos in finals…#BigBossOTT” Another said, “What is this #PratikSehajpal nonsense! Too fake and attention seeker and make him remix of gayan Shukla and Asim!” 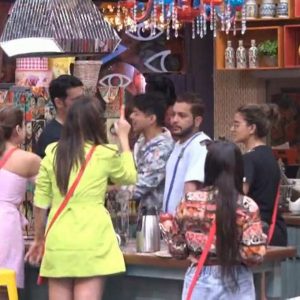 On a related note, on the premiere night of Big Boss OTT, Pratik said, “I was in a relationship with Pavitra Punia but it ended in because we both are very aggressive and then it got toxic.” Reacting to the same, Pavitra told TOI, “I don’t want to comment on this. God bless him. People who don’t exist in my life, I don’t talk about them.”