Gunjan Utreja who has appeared in many popular daily soaps like Madhubala- Ek Ishq Ek Junoon, Aamna Samna- Investigative and Chajje Chajje Ka Pyar has secretly tied the knot with his longtime girlfriend Deepika in a private ceremony. His wedding was attended by his close friends from the industry like Maniesh Paul, Aparshakti Khurrana, Aakriti Kakar, Mansi Scott among others.

The groom looked dapper dressed in a royal blue sherwani which he teamed up with a Nehru jacket and red pagdi while the bride looked like a sight to behold in her red coloured lehenga. And the pictures from the pre-wedding and wedding ceremonies are breaking the internet. A source close to the couple had revealed to IWM Buzz on November 20, 2019, that, “In a very private ceremony, Gunjan is getting married today. The couple is happy and blessed. The girl’s name is Deepika and they have known each other for quite some time.” 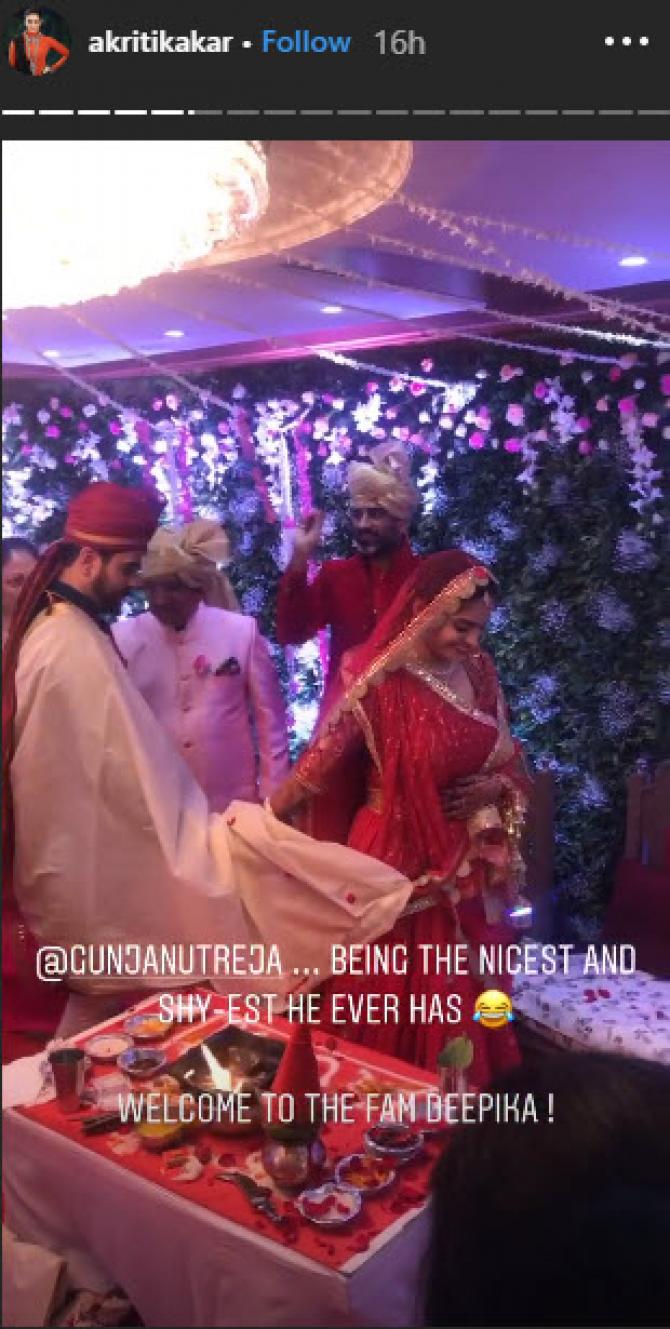 Gunjan Utreja’s wedding was no less than a film and his friends from the industry made it sure to make it a day to remember for the newlyweds. Maneish Paul, Aparshakti Khurrana entertained the couple with their dance performances. While singer, Akriti Kakkar performed for the couple on their wedding day. Gunjan’s friend Ssumeir had taken to Instagram to share pictures from the former’s pre-wedding ceremonies. 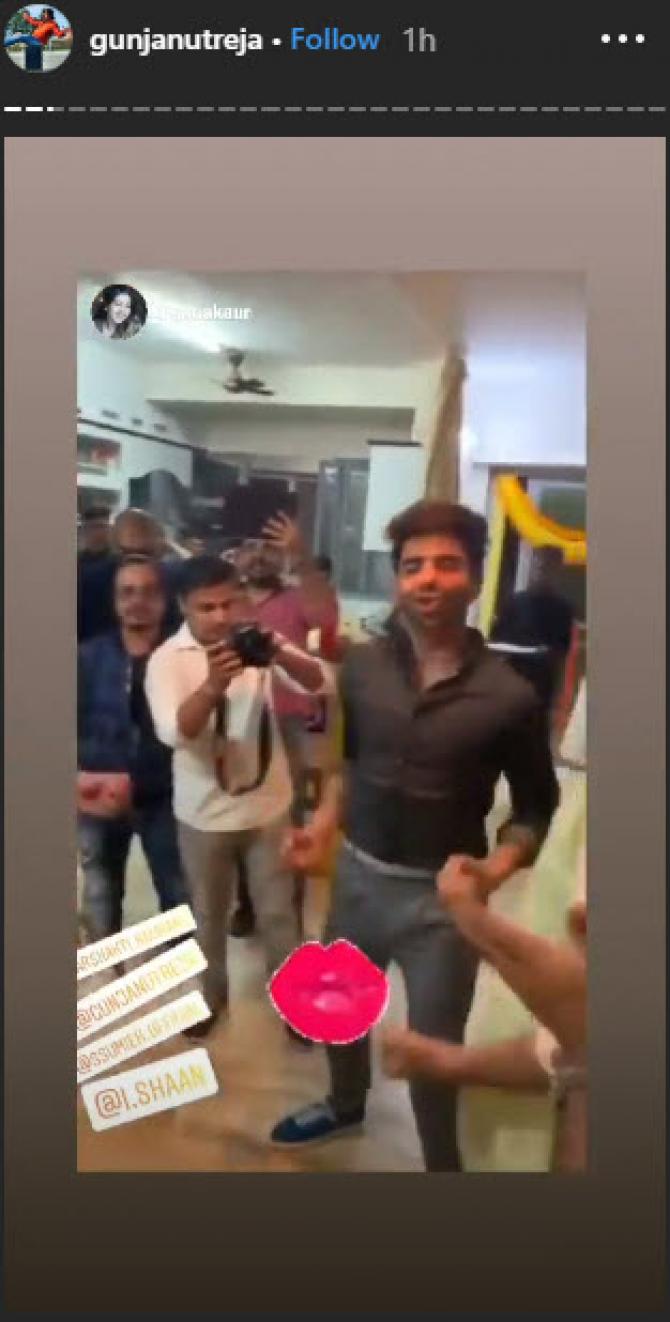 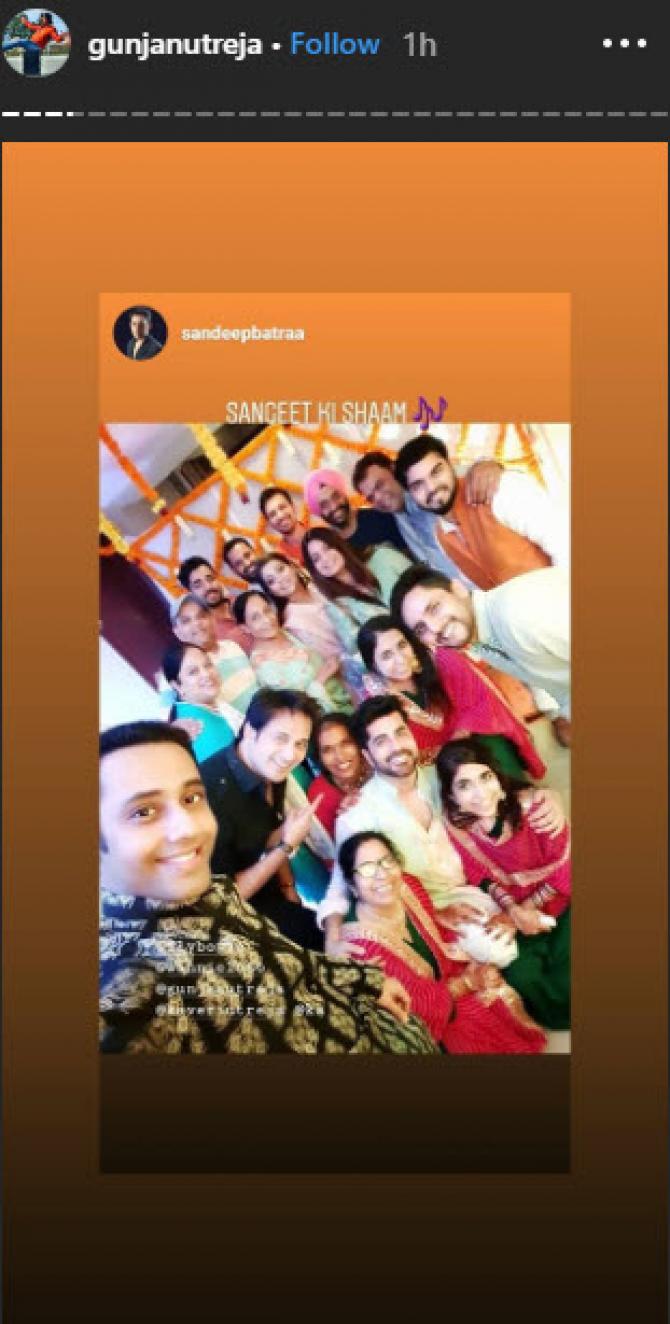 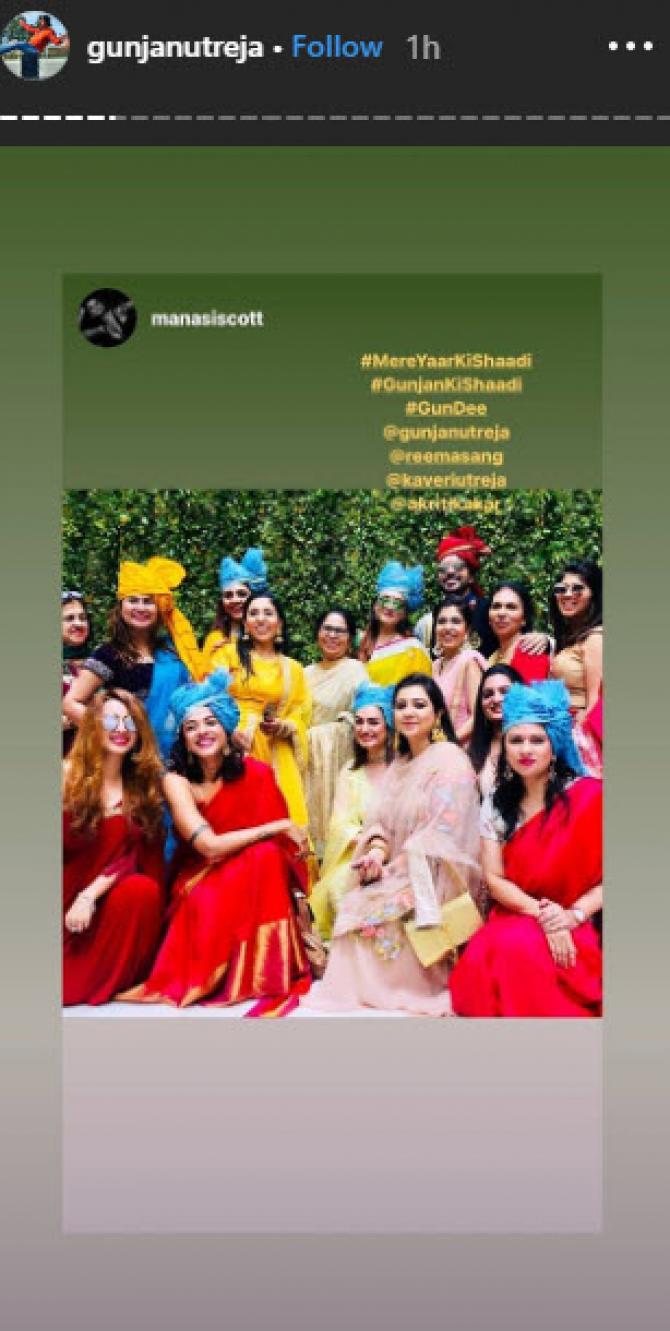 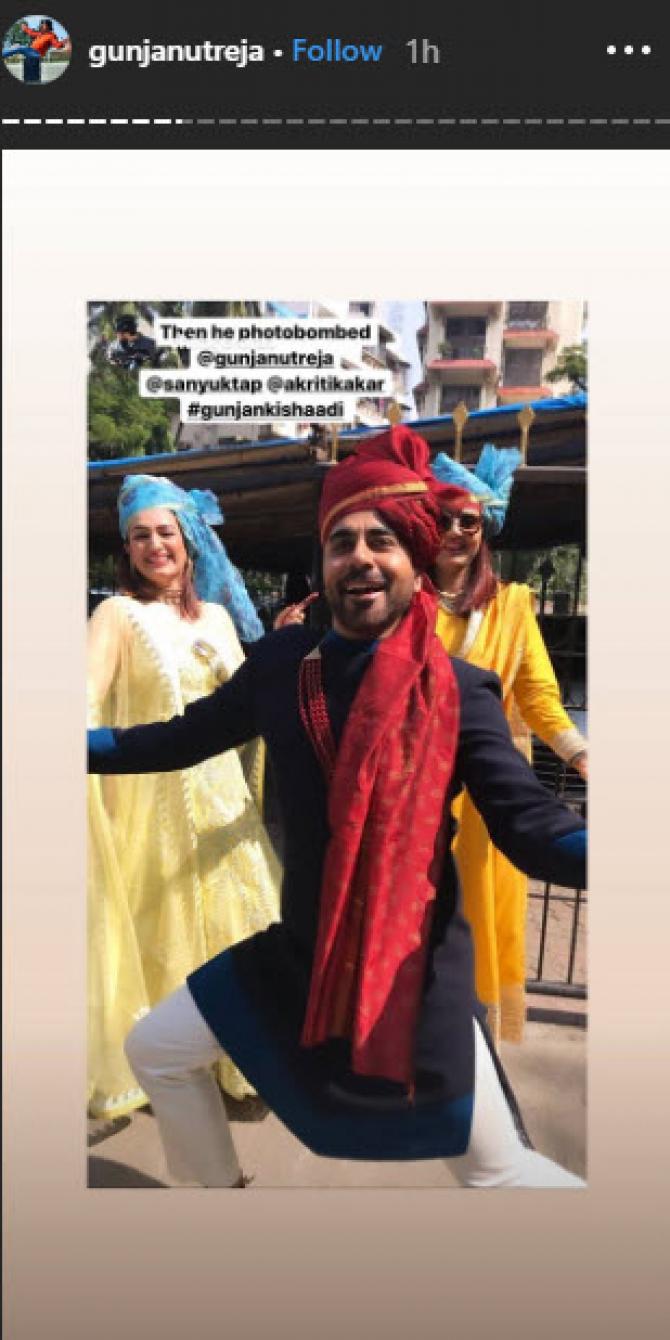 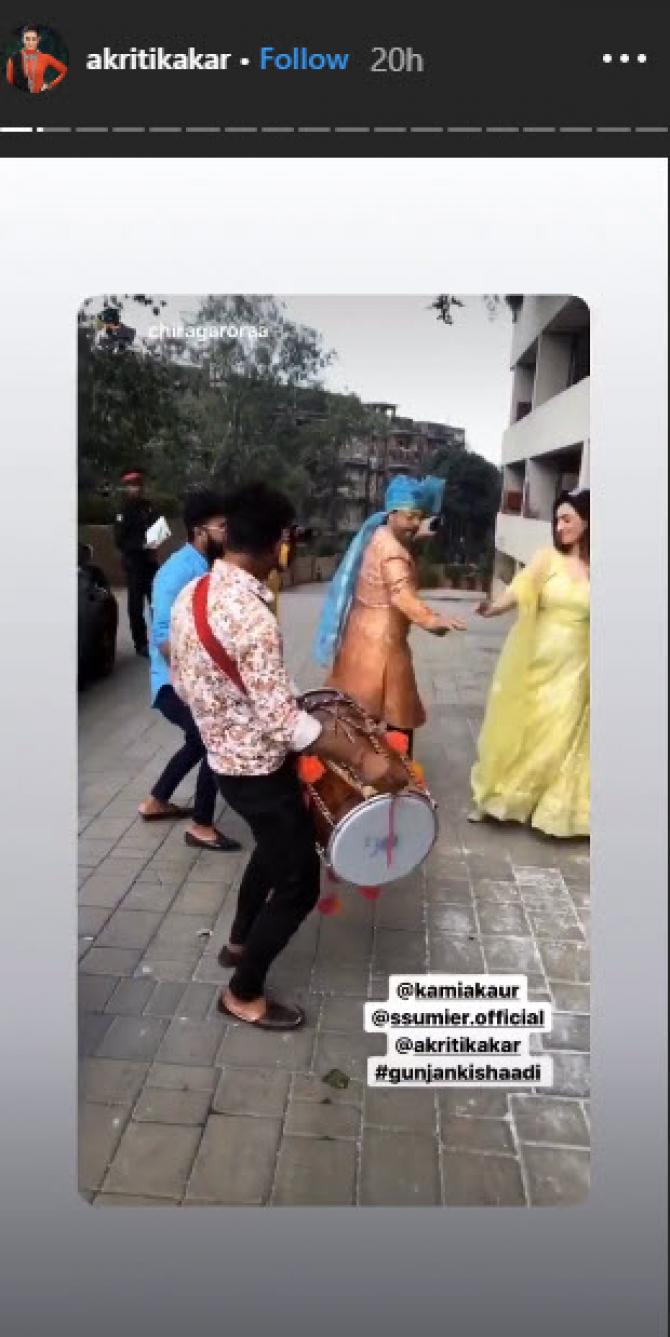 For those who don’t know, Gunjan’s was earlier married to a girl named Pallavi. But the couple had parted ways after seven years of marital bliss. Pallavi had then accused Gunjan of abuse and even lodged an FIR against him. But when Gunjan was asked to address these rumours he had stated, “It’s a private matter, and I don’t like to wash dirty linen in public. I am not going to cook up stories to assassin someone’s character. I have all the proofs in my defence, so let the court decide.” 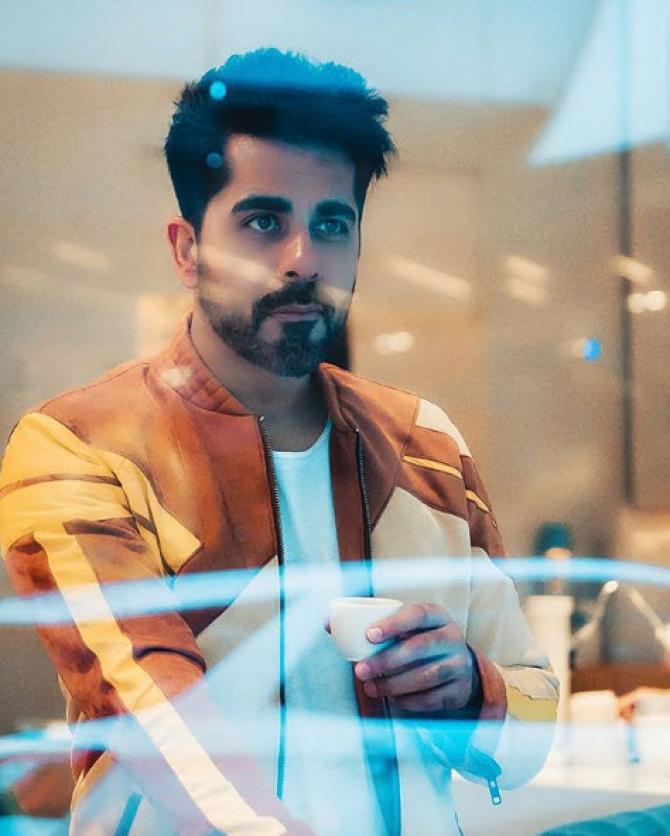 In a throwback interview with Times Of India Gunjan had once spoken about marriages and relationships and said,“Marriage is overrated. Career matters. I remember growing up wondering what SRK and Mr Bachchan did to stand out. I never bothered knowing who they were going to marry. I’m single and my career is my top priority right now.”

Here’s wishing the newlyweds a happy married life ahead!

Pooja Batra Ties The Knot With Beau Nawab Shah In A Secret Wedding Ceremony In Jammu And Kashmir
Ranveer Singh transformation into Kapil Dev for Kabir Khan’s 83: See inside
Anushka Sharma Shares A Cryptic Message, Hints On Virat-Rohit Feud Post World Cup
Malaika Arora Speaks On Her Divorce With Arbaaz Khan, Says, “Even The Night Before…”