Malaika Arora, who is counted as one of the fittest and beautiful actresses of the cinema world, is known for her style and fashion sense. Seeing her beauty, it is very difficult to find out Malaika’s age. The actress creates such magic in front of the camera that the onlookers are stunned. Malaika often remains in the headlines due to her personal life as well as her fashion. She often wins the hearts of fans with her killer style and keeps sharing her pictures on social media. In this sequence, even today, Malaika has shared some glamorous pictures with her fans, in which she looks very beautiful. 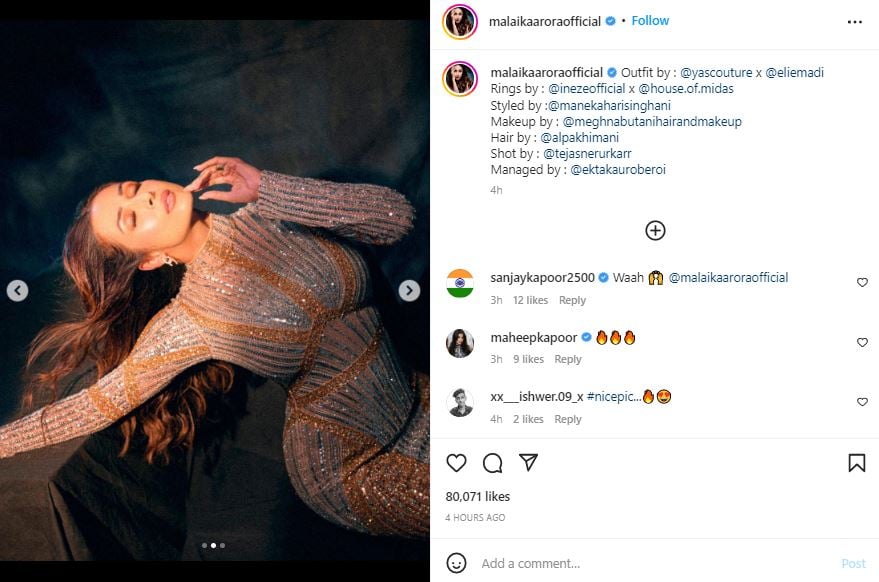 The praise of Malaika’s style is less, people shower a lot of love on her every style from gym wear to party dresses. Malaika, who has shed her beauty, recently shared some pictures from her latest photoshoot on her Instagram handle, in which she is wreaking havoc with her beauty. In the pictures shared, Malaika is seen wearing a tight fitting gown of light pink color. The silver and golden color stars on Malaika’s gown are such that she is shining like stars. This look of the actress is making her fans crazy. 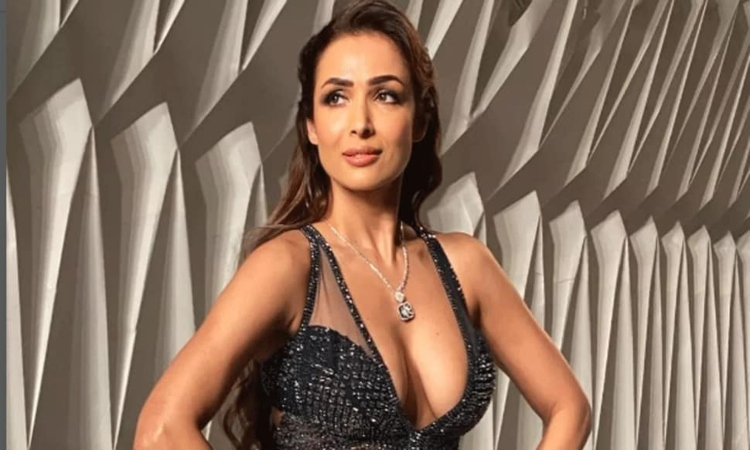 In this star-studded dress, Malaika has wrapped her body in such a way that her pictures are setting the internet on fire. Malaika is also seen flaunting her perfect figure in these pictures. In the pictures shared, Malaika is sometimes injuring her fans with her killer acts while sitting, sometimes lying down. Malaika Arora constantly shares bold photos on social media and her pictures become viral within minutes. The same thing is happening with these pictures of her as well.

In these pictures shared by Malaika, the killer looks of the actress are forcing everyone to comment. A lot of likes have come on these pictures shared shortly before. It is getting difficult to take my eyes off her pictures. Fans are constantly commenting on his pictures and are also dropping fire and heart emojis along with it. Along with the fans, Sanjay Kapoor’s wife Maheep Kapoor has also shared the fire emoji by commenting.