Overwhelmed By The Presence Of Closed Ones; Kajol Celebrated Durga Puja With Her Relatives

Kajol became overwhelmed when she met his uncles at the family’s annual Durga puja celebrations on Tuesday. She was excited and emotional when she met the members of his family. The actress used to attend Durga Puja festivities with her extended family hers every year. 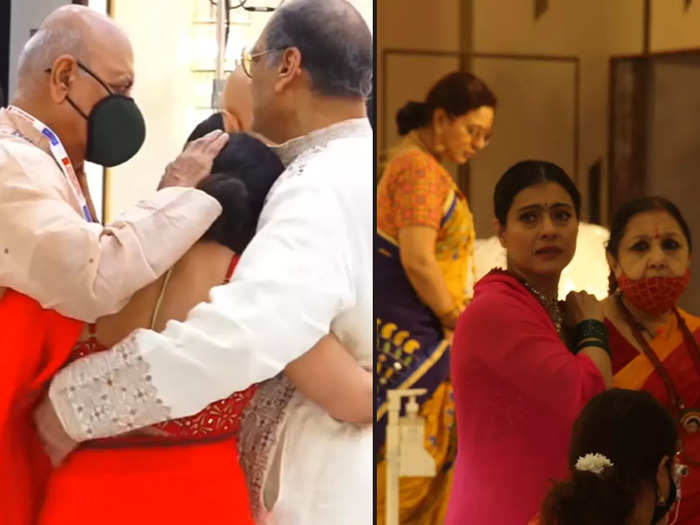 Kajol came out in a red sari and her hair neatly tied into a bun. A video showed how she greeted her uncles in the pandal and hugged them. She clung to them and sobbed as they comforted her.

Later, Kajol mingled with her family and posed for photographs in front of the idol of the goddess Durga. Her cousin Sharbani Mukherjee was also part of the celebrations.

Kajol and her family skipped the Durga Puja celebrations last year due to the coronavirus pandemic.

Kajol usually updates her Instagram page with photos of herself to jokes and wisdom. She once shared his “Covid thoughts” on the importance of sticking to something. She wrote, “Covid thoughts: Persistence is the key … whether it’s two rows of crochet, two (heart emoji) you, one chapter a day. In the end, you have a sweater, a relationship, and you read. ” 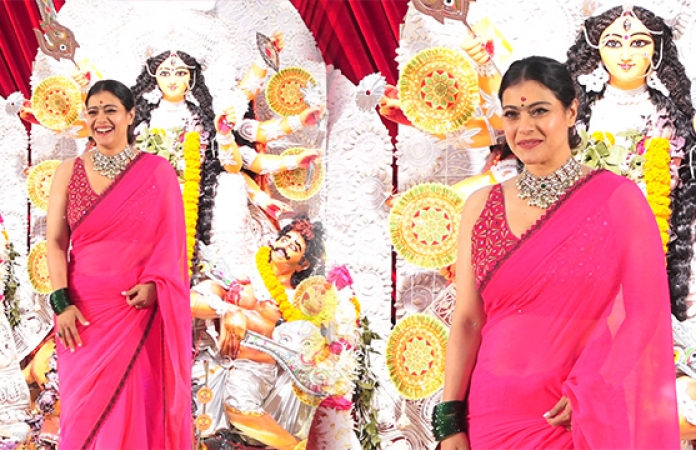 Earlier this year, Kajol made his digital debut with the film Tribhanga Tedhi Medhi Crazy. It was also actor Renuka Shahane’s first directing project. The film was an emotional drama about three generations of women dealing with dysfunctional relationships. It also had Tanvi Azmi, Mithila Palkar, and Kunaal Roy Kapur in prominent roles.

Kajol is quite a traveler. She had recently flown to Singapore with her daughter Nysa, who has been enrolled in a school there, to spend time with her during the pandemic. Her husband Ajay Devgn had released a song by Thehar Ja during the lockdown during the pandemic. Earlier the actor went to Rishikesh for a short break at a spa. On Wednesday, she shared a selfie from her room and gave her fans and followers an insight into her stay at Ananda in the Himalayas.

She shared her photo on Instagram and wrote, “It’s a good day … three cups of coffee.” In the photo, Kajol posed next to a white bed with a plush bench at the resort and low-light vaulted high ceilings. She smiled at the camera, her hair hanging loose on her shoulders.