Rhea Chakraborty Posted A Photo Wearing A Strapless Blouse, Fans Were Stunned After Seeing The Pictures!

After a long time in the life of Bollywood actress Rhea Chakraborty, once again slowly it seems to be back on track. Rhea was in a lot of controversies regarding the death of late actor Sushant Singh Rajput. However, now Rhea is again seen active on social media. Recently, where Rhea has returned to her work after a long time. At the same time, Rhea was also seen having a lot of fun at the wedding of her best friend Shibani Dandekar. At the same time, in the meantime, a super-hot picture of Riya is creating panic on social media. 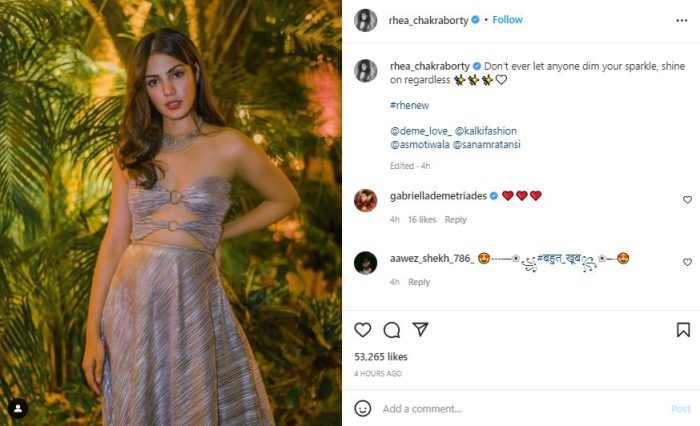 Actress Rhea Chakraborty has shared the latest picture of herself on her Instagram account. This picture of Riya is very hot. In this picture, you can see that Riya is seen in a gray color outfit. She is wearing a gray-colored bralette which is open from the front. This blouse of hers is quite revealing. Rhea’s style of posing in this dress looks quite killer. In the picture, you can see that Rhea is seen posing in a hot style with her hands on her waist. At the same time, his hair is seen open. Rhea’s fans are very fond of this picture. Commenting on this, fans are seen praising Rhea’s confidence. Sharing the photo, Rhea wrote in the caption, ‘Never let anyone reduce your shine, shine regardless.’ 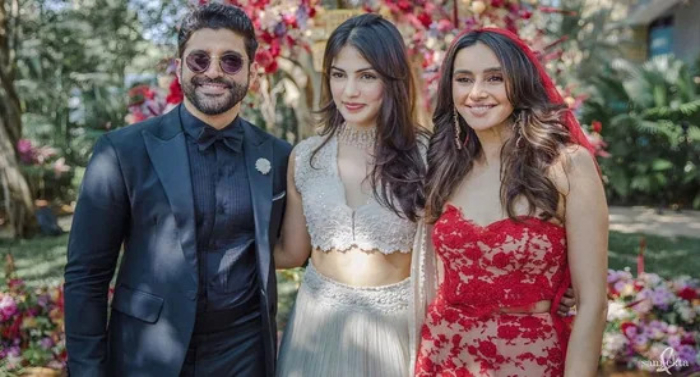 Let us tell you that recently a video clip of Farhan Akhtar and Shibani Dandekar’s Mehndi went viral on the internet. In this video, Rhea Chakraborty was seen dancing fiercely on the terrace. Along with Rhea, Shibani’s elder sister Anusha Dandekar was also seen giving a special performance. This video was shot remotely. There was no sound in this video. But many people were seen having fun in the video. At the end of the video, Farhan and Shibani’s friends were seen dancing to the song Galla Gudiyaan from their film. This video was well-liked on social media.