Shilpa Shetty is not new to expressing style through her outfits. However, in a recent Instagram post, she caught the eye with an unexpected outfit while working out at the gym. Shilpa shared a fitness video of her wearing palazzo pants with Kurta instead of her usual workout clothes (yoga pants with a tank top or a sports bra). The actor even wrote a funny caption explaining her clothing choices. 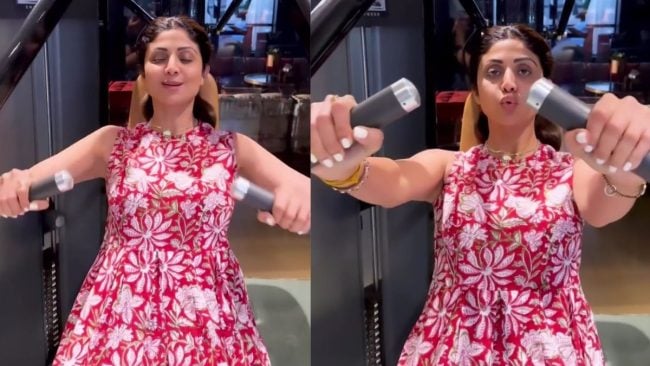 The workout video begins with Shilpa using the “seated chest press” in the gym. In the middle of taking a deep breath during practice, Shilpa said, “outfit mat dekho, Emotions samjho (don’t look at the clothes, understand my feelings)… Be fit in any outfit. The actress was seen without makeup is eye-catching and the red sleeveless kurta and white pants look beautiful on her. 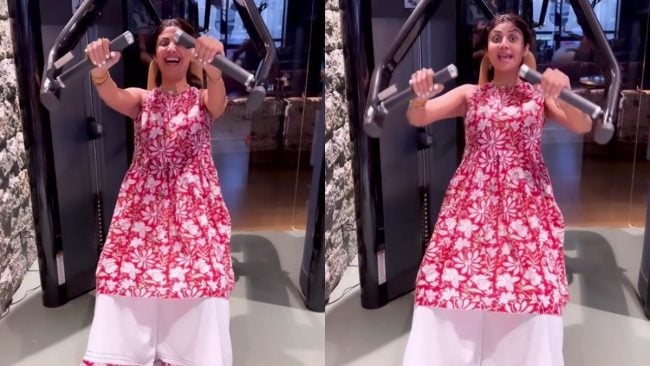 Silpa wrote in the caption, “Today’s Monday Motivation: Wear whatever. Remember, this is Navratri.” The actress added bent biceps and a winking emoticon to the signature. She continued, “At first I practised the ‘seated chest press’, which strengthened my shoulders, strengthened and developed my chest muscles and triceps.” “I broke my leg, not my arm,” said Shilpa, who shared details of a new workout program due to a leg injury, in a Hindi video. 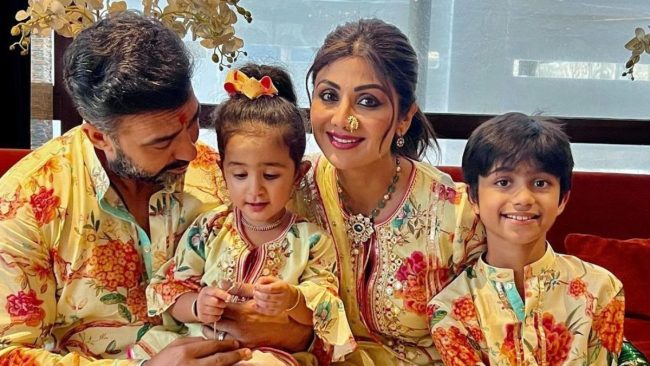 The actress in the caption also shared tips and common mistakes to avoid when working on any machine. She also wrote in the caption, “I want to bust the myth that women don’t need chest workouts…” Many people commented on Shilpa’s workout videos, and some reacted to her performance at the gym. One person wrote “outfit mat dekho (Don’t see outfit)”. Another netizen said, “I have no words.” Then one person wanted to see how Shilpa trains in a sari. He commented on her post, “Let’s do Sari challenge Shilpa.”. 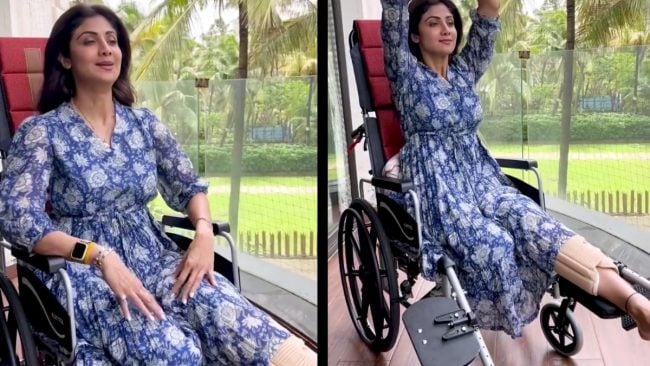 Recently, Shilpa was injured while working on a new project directed by Rohit Shetty. The actress, who cares a lot about her fitness, shares photos and videos from the gym and talks about how she improved her fitness despite her broken leg. Shilpa will then work alongside Sidharth Malhotra in Rohit Shetty’s web series Indian Police. The series, first released on Prime Video, will also be the OTT debut of Shilpa, Sidharth and Rohit.