Lily-Rose Depp discusses her decision not to speak out about the Johnny Depp-Amber Heard trial.

Lily-Rose Depp spoke to Elle for their cover story and addressed her silence during the infamous Johnny Depp-Amber Heard trial. The trial streamed live for the public from Fairfax County Court in Virginia for six weeks. Johnny Depp won the defamation trial.

She feels entitled to her secret garden of thoughts when it comes to something that is so private and personal and then becomes less so. Lily-Rose stated that she is not there to answer for anyone. She wishes to be defined and known solely for her merit.

Lily explained that for much of her career, individuals have wanted to identify her by the men in her life, whether they are family members or romantic partners. But she is now ready to be defined by the things she puts out in the world for the public to see.

The actress also discussed navigating her life as the daughter of Johnny Depp and Vanessa Paradis. She explained that it is something she has had to deal with her entire life. She admitted that her parents shielded her and her brother Jack from fame and attention as much as they could. Lily understands her childhood did not look like everyone else’s which is a difficult thing to deal with, but it is also the only thing she knows. 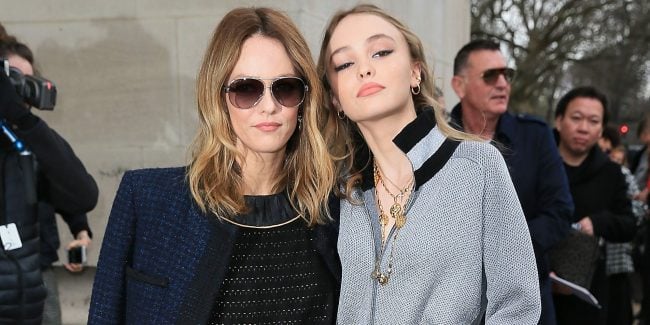 When asked about navigating fame as an adult, Lily-Rose Depp said that it’s an odd thing to do. She added that it’s unique from enduring it firsthand instead of through a proxy. But she knows that it is something she has to deal with on her own. The actress said she is an open book with her friends, but also knows that some things are to keep private. So, she is protective about her life too.