Anupam Kher, the veteran actor in the Bollywood industry, often remains in the headlines. Sometimes actors keep on collecting limelight due to their performance and sometimes due to their statements. These days Anupam Kher is getting a lot of discussion about the film ‘Karthikeya 2’. This telugu movie is earning huge at the box office. Not only this, in terms of earning, ‘Karthikeya 2’ made in small budget is also giving tough competition to ‘Laal Singh Chaddha’ and ‘Raksha Bandhan’. In such a situation, Anupam Kher has recently given his reaction on the success of ‘Karthikeya 2’ on social media. 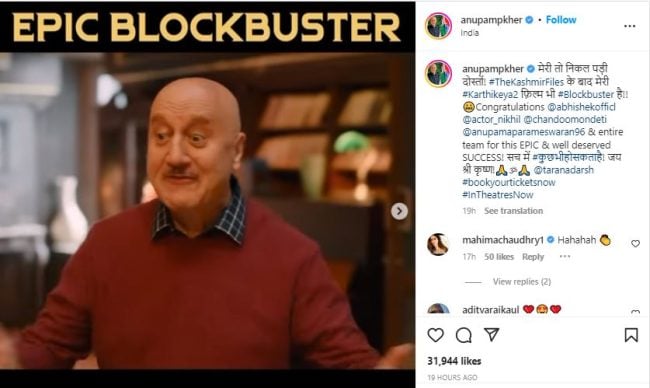 Actor Anupam Kher is extremely happy with the box office performance of Telugu film ‘Karthikeya 2’. This can be gauged from his recent social media posts. The actor took to his official Instagram handle to express his happiness over the immense success of the film. Sharing some pictures and videos of ‘Karthikeya 2’, Anupam wrote, ‘Meri toh nikal friends….After The Kashmir Files, my film Kartikeya 2 has also become a blockbuster. Congratulations Abhishek, Nikhil, Anupama Parameswaran and the entire team for the success of this film. Really anything can happen. His fans are also very happy to see this post of Anupam. 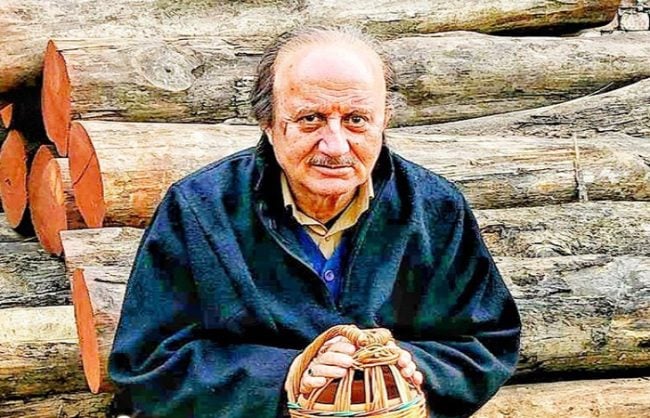 Let us tell you that this is Anupam Kher’s second blockbuster film of this year. Before ‘Karthikeya 2’, the actor was seen in the film ‘The Kashmir Files’ directed by Vivek Agnihotri. The film received applause from critics to audience and along with it Anupam Kher’s performance in the film was also highly praised. The result of that was that a film made on a serious issue like ‘The Kashmir Files’ proved to be a blockbuster at the box office. Something similar is doing the thriller film ‘Karthikeya 2’. 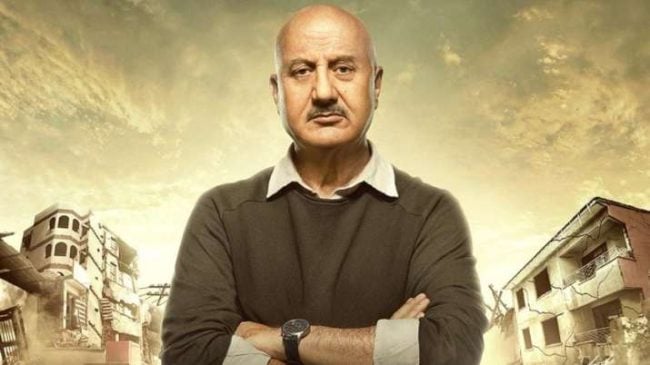 Talking about Anupam Kher’s film career, he is working in Uunchai, The Signature, IB71, Nautanki, Kaagaz 2 and Emergency. Amitabh Bachchan, Parineeti Chopra, Boman Irani, Danny Denzongpa, Neena Gupta and Sarika will be seen in the lead roles with him in the film Uunchai. This film will be released on the big screen on 22 November 2022 this year.